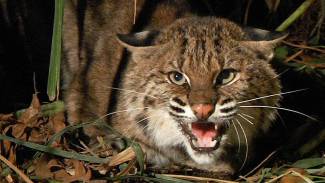 Are you seeing these North American wildcats around you and you’re so concerned that you’re asking how dangerous are bobcats?

Well, there’s lots to be concerned around the level of aggression and the predatory behavior of the lynx rufus species, which are also known as the red lynxes.

The answer is yes, bobcats are dangerous.

Read below where we answer the question in much more detail, so let’s introduce to you the characteristics of the Bobcats – where you can come across them as well as their breeding, hunting and feeding patterns. 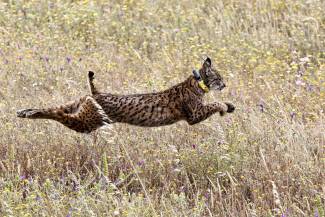 The bobcat is a carnivorous mammal of the feline family. It is named so because of its short tail. This feline is a relative of the Iberian elephant, the boreal lynx and the lynx of Canada.

Its size is twice as large as that of a domestic cat. However, it is the smallest of the four existing species of lynxes.

Its coat is thick, of reddish brown or grayish brown colors with numerous brown or black-brown spots, which help it to camouflage itself among the undergrowth, the bushes and the stones.

In the lower part of its body are white. Its tail compared to its relatives is very short, even shorter than that of a domestic cat, measuring between 10 and 20cm long.

They have pointed ears with a black lock protruding from them and a beard that extends through its jaw, lengthening under its ears, making its face look bigger than it is.

Where can you come across the bobcat? 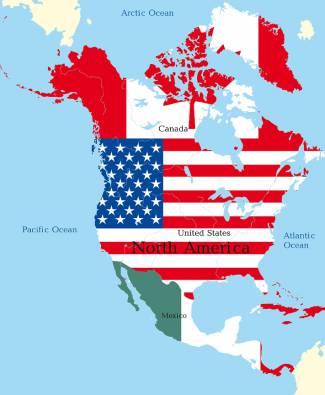 The red lynx can be found in North America, along with the Canadian lynx. It covers the United States, some areas of northern Mexico and southern Canada.

They adapt very well to different habitats and are found in the rocky areas of the mountains, in thickets, semi-deserts or spaces with dense vegetation such as swamps and forests.

Bobcats are hunters, these animals are carnivores and have the senses of sight, hearing and smell that are very developed to be able to stalk their prey.

They are very stealthy and hide to attack unexpectedly.

The bobcat is the best hunter among all medium-sized animals and they can jump up to three meters in height to kill their prey with a blow, a claw attack or a bite in the neck, being able to hunt animals much larger than it is.

It feeds on domestic or farm animals, since its diet normally will depend upon the abundance of the food.

These animals are generally not dangerous to humans (kids exempted) as they will stay away but if they doattack then the consequences can be dvastating.

Bobcats rarely attack humans.  However, if one comes near to a human or tries to be aggressive towards a human, it is likely rabid or sick.

This is when you should do anything you can to defend yourself.

In the case when you get attacked by an aggressive bobcat, then you should immediately try and get out of the way and then seek prompt medical care.

According to statistics, there is a higher chance of a little child being attacked by a domestic dog than by a bobcat or coyote.

However, we shouldn’t leave anything to chance.

Since Bobcats are carnivores, hunt for chickens, dogs and other animals, they may attacka child as their prey, especially at night.

Hence, it is best to not leave your child unattended in area where the Bobcats have their habitats.