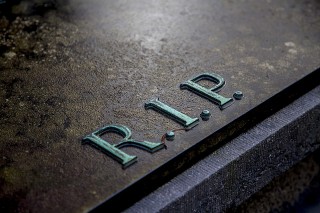 Mountain lions have a notorious reputation as they are such a large, powerful animal and due to this the unfortunate sometimes happens and people are killed by them.

There’s reported to be over 127 recorded attacks but this number is thought to actually be much higher than reported, fatal reports tend to be much more accurate.

In total, there have been 26 deaths confirmed and many have occurred in many areas across North America and Canada.

Which State Has The Most Cougar Attack Fatalities?

California is the state with the most recorded fatal cougar attacks, accounting for 27% of total fatal attacks across North America, as you can see in the pie chart below. 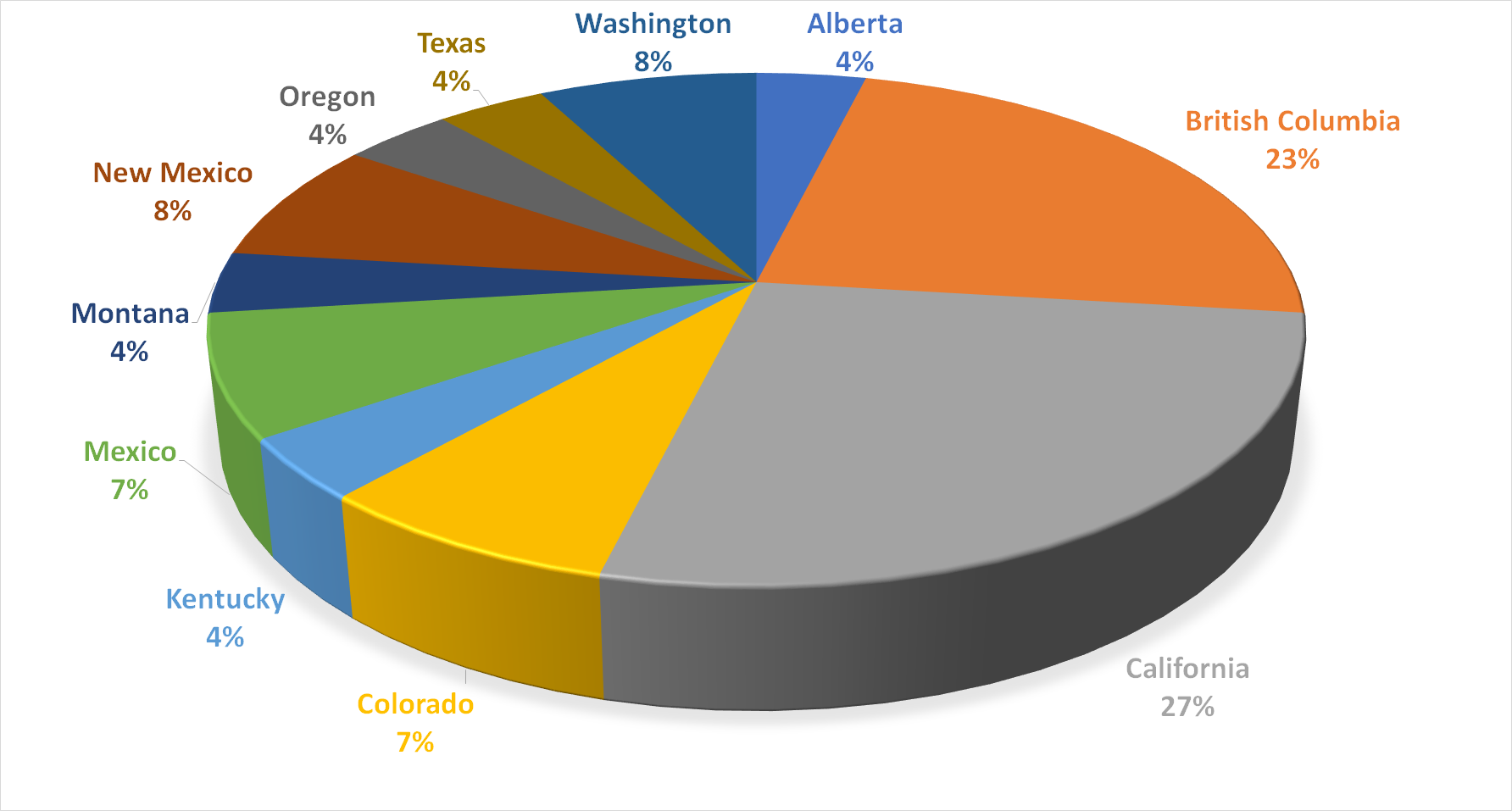 So, in total as of May 2019, there have been 7 recorded fatal incidents in California and the only other area that comes close to this number is British Columbia in Canada.

Who is the most vulnerable?

There’s plenty of variables to decide upon vulnerability but going off the basic statistics of age and gender of the victim this would indicate that children/teenagers under the age of 20 are the most vulnerable as they account for 11 of the total deaths. 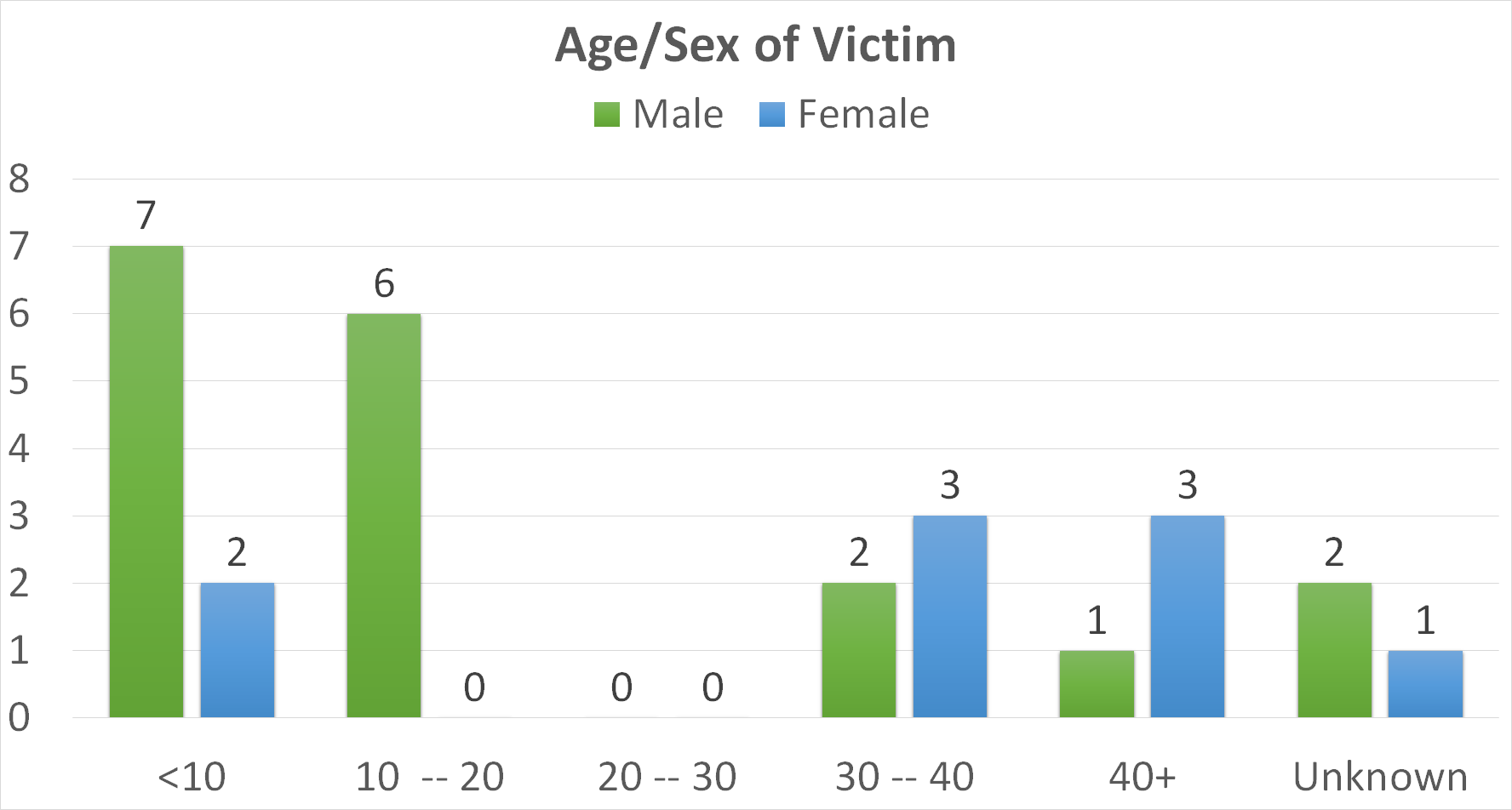 Chart showing the age and gender of victims

You can also deduce from this data that males tend to be fatally attacked much more often than women, the reasons for this are unknown.

How Frequent Are Deaths?

Deaths occur rarely but deaths were far between from 1920 to the late 1970s with the rate picking up again in the 1980s.

Here’s a statistical graph showing the number of reported deaths across the years and the cumulative total for the deaths, split by sex. 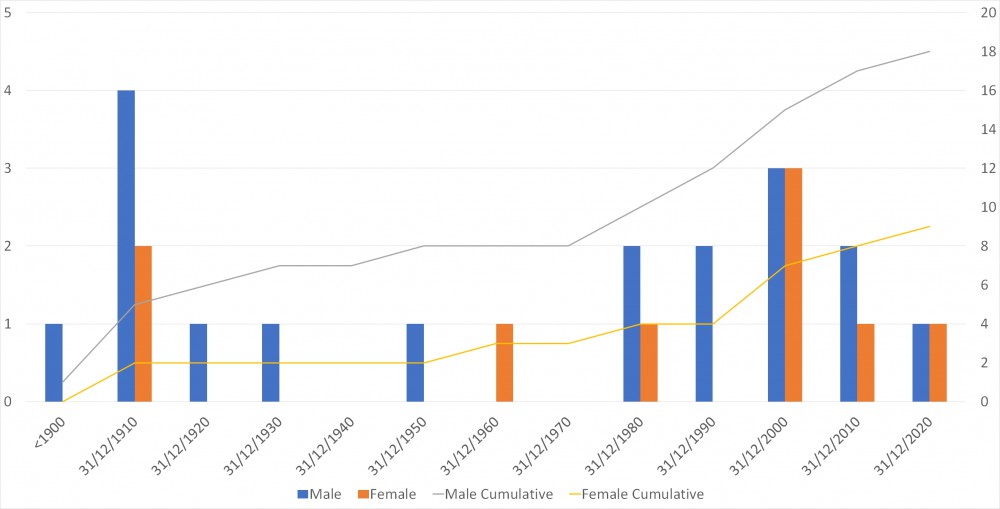